a weeklong celebration and thanksgiving for nature’s bountiful harvest that happens on the 3rd week of August.

Musikahan Festival of Tagum City can be a distinct cultural event that celebrates the Filipino excellence in Music composition.

Caracoles de Samal can be a festivity of the bounties with the sea and the richness from the social and cultural heritage in the island. The celebration is typically carried out within the 28th to 29th of April.

This would be to promote bats as friendly creatures and appreciate the Monfort Conservation Park as the home from the largest population of Rousette fruit bat which now houses about 2 million in number.

Kabasan Festival has evolved into one of Samal Island’s biggest festivals celebrating the spectacles and splendors with the Island City. Kabasan Festival generally a six-day celebration starting on Might 23 and culminating on May 28, with the so much activities that made the celebration genuinely festive and colorful.

Hugyaw Madyaw Samal is an attempt to preserve the Sama culture which is gradually diminishing. It will be the latest addition towards the Island City’s four festivals being celebrated in distinct times throughout the year.

Thanksgiving festival to Magbabaya (Sama God) for a bountiful harvest and overflowing blessing. At the culmination on the Pangapog Festival will be the Sayaw-sayaw sa Dan (Mardi Gras) dancing towards the beat of the local Sama Dancers.

Feast of St Peter is celebrated in Davao with a quantity of festivities, among the most notable being the kite flying competition in which locals showcase their talents in this age-old activity. 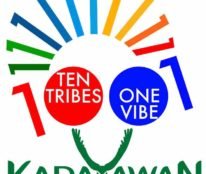